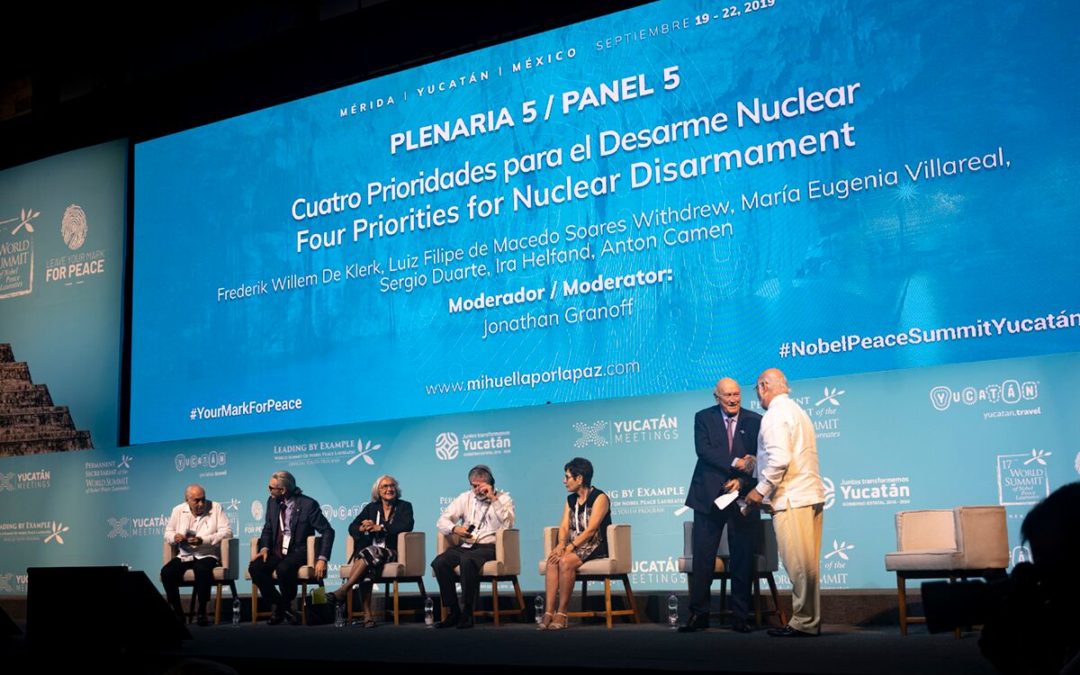 Two of the prominent panel discussions of the 17th World Summit of Nobel Peace Laureates in Meridá, Mexico were entitled The Power of Law vs. The Law of Power, and Four Priorities for Nuclear Disarmament. GSI President Jonathan Granoff was a speaker on the first panel, with former President of South Africa F.W. De Klerk, former President of Portugal and President of the European Commission José Manuel Barroso, Lord David Trimble, and Marcelo Cohen, Secretary-Genera of the Institute Of International Law.

Please take a moment to enjoy the videos from these panels here. https://gsinstitute.org/video-gallery/