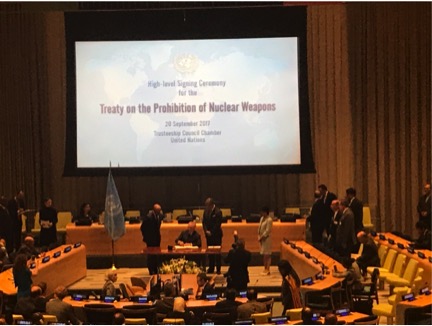 i. The Turtle, The Horse, and Nuclear Weapons, First Working Paper

7 July 2017 was a momentous day for disarmament and arms control. On that day, 122 states approved the Treaty on the Prohibition of Nuclear Weapons, often called ‘the ban treaty’, at the United Nations in New York. Once 50 states have ratified the treaty, nuclear weapons will be illegal. The agreement will prohibit the possession of nuclear weapons for all states in the same way as the chemical and biological weapon conventions have prohibited those weapons for all.

In the final report of the 2010 Non-Proliferation Treaty (NPT) Review Conference, the parties to the treaty expressed ‘their deep concern over the catastrophic consequences of any use of nuclear weapons’. Since then, it has taken three international conferences to debate these consequences, a humanitarian pledge signed by over 100 states and a UN Open-ended Working Group to agree to start negotiations on a prohibition treaty. Consequently, the treaty is above all a humanitarian achievement recognizing the indiscriminate nature and uniquely destructive power of nuclear weapons. (CONTINUED)

Why Canada should sign the treaty banning nuclear arms 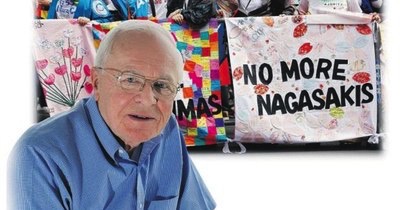 Hon. Douglas Roche, Chairman Emeritus of MPI and a member of GSI Board of Advisors. He is also a former senator and a former Canadian ambassador for disarmament and honourary citizen of Hiroshima
I was 16 when the first atomic bombs were dropped on Hiroshima and Nagasaki in early August, 1945. It was only years later, when I visited Japan as a member of Parliament, that I realized the unspeakable horror and scale of destruction possible in the new nuclear age.
That experience changed my life as I began to understand that the threat to use the immense killing power of modern nuclear weapons challenges all human rights. Through the years, the movement to abolish nuclear weapons ebbed and flowed, and few people thought the elimination of all 15,000 nuclear weapons was a practical political goal. (CONTINUED)
RENEWED HOPE FOR NUCLEAR DISARMAMENT 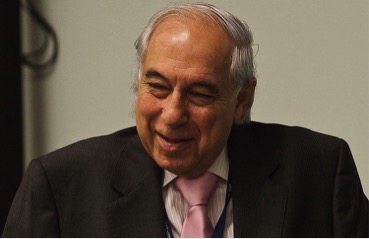 SERGIO DUARTE, Ambassador, President of Pugwash Conferences on Science and World Affairs and former High Representative of the
United Nations for Disarmament Affairs, and Member of GSI’s Board of Advisors
Seventy-one and a half years after the General Assembly of the United Nations decided to establish a Commission charged with making specific proposals “for the elimination from national armaments of atomic weapons,” the international community finally took a historic step in that direction. On July 7, a Conference, attended by over 122 States, several inter-governmental and civil society organizations, which are dedicated to disarmament and the pursuit of peace, adopted a treaty to prohibit nuclear weapons leading to their complete elimination. The report of the Conference, together with the text of the new Treaty will be sent to the General Assembly of the United Nations, which will open it to the signature of States as from 20 September 2017. The Treaty will enter into force once fifty signatories have ratified it. (CONTINUED)
For additional resources, please see the following links: 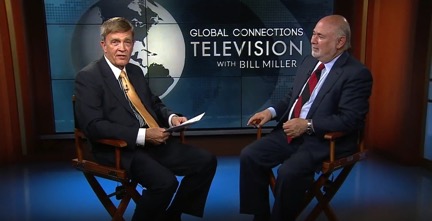 1.INTERVIEW ON GLOBAL CONNECTIONS TELEVISION FROM THE UNITED NATIONS WITH BILL MILLER AND JONATHAN GRANOFF 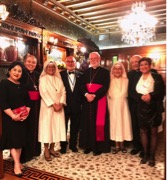 2. VIDEO: Role for the Catholic Church in the Ban Treaty
3. For legal analysis: See: The International Association of Lawyers Against Nuclear Arms’ statement on Ban Treaty

Fordham International Law Journal, Volume 34, Issue
TO ENSURE OUR WORK TOGETHER TO END THE THREAT OF NUCLEAR WEAPONS IS SUCCESSFUL,PLEASE DONATE
For further information, please contact the Global Security Institute at info@gsinstitute.org, or contact Mr. Jonathan Granoff at granoff@gsinstitute.org or Mr. Christian N. Ciobanu at christian@gsinstitute.org.