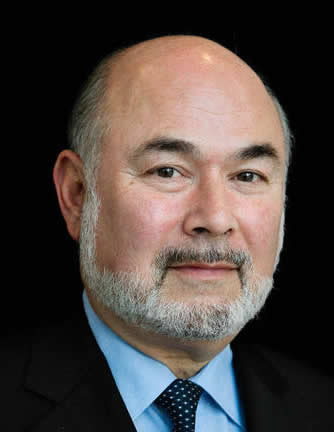 Mr. Granoff is an attorney, author and international advocate emphasizing the legal and ethical dimensions of human development and security, with a specific focus on advancing the rule of law to address international security and the threats posed by nuclear weapons. He serves on numerous governing and advisory boards including: Lawyers Committee on Nuclear Policy, Fortune Forum, Jane Goodall Institute, the NGO Committee on Disarmament, Peace and Security, Parliamentarians for Nuclear Nonproliferation and Disarmament, and Middle Powers Initiative. He is a recipient of the Rutgers University School of Law’s Arthur E. Armitage Distinguished Alumni Award and a 2014 nominee for the Nobel Peace Prize.

He is the Senior Advisor and United Nations Representative of the Permanent Secretariat of the World Summits of Nobel Peace Laureates, Ambassador for Peace, Security and Nuclear Disarmament of the Parliament of the Worlds Religions, former Adjunct Professor of International Law at Widener University School of Law, and Chair of the Task Force on Nuclear Non-proliferation and Advisor to the Committee on National Security of the International Law Section of the American Bar Association.

Mr. Granoff is the award-winning screenwriter of The Constitution: The Document that Created a Nation and a prolific author. He has been a featured guest and expert commentator on numerous radio and television programs, and has presented expert testimony in the Parliaments of Canada and the United Kingdom as well as the US Congress and the United Nations.