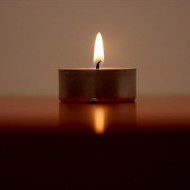 The Global Security Institute mourns the recent passing of two men who devoted their lives to public service with an emphasis on reducing and ending the threats posed by nuclear weapons.

Jonathan Schell was a close friend of GSI founder, Senator Alan Cranston.  He deserves a eulogy as eloquent as the one he wrote for Alan.  Being inadequate to the task, we will thus rely on others more gifted and share links to their accounts. See the heartfelt testimonials by David Remnick in the New Yorker, as well as Hillel Italie’s eulogy in the Associated Press.

In addition,  we urge you to watch Jonathan Schell’s presentation at Yale Divinity School and thus be inspired by his insights, character, wisdom and wit. You can also read the transcript of this presentation in Reflections, the YDS magazine .

And lastly, we would further urge your attention to his brilliant introduction to Alan’s book, The Sovereignty Revolution.

And, of course, his seminal book, Fate of the Earth, remains a classic presentation of why we must rid the world of nuclear weapons. John Rhinelander was a founding member of the Bipartisan Security Group (BSG). He worked closely with Ambassador Thomas Graham over many years of public service both inside and outside of government. Daryl Kimball of the Arms Control Association penned a thorough obituary, accurately capturing the important work by John, a lifelong Republican, in forging a bipartisan way forward on sensible arms control and disarmament. See, for instance, an example of his thoughtful measured approach to moving toward a nuclear weapons free world that he co-authored with BSG Chairman Ambassador Graham.  Ambassador Graham’s personal remarks capture John’s passion for service and the scope of his life of service. We are pleased to share these remarks below:

John Rhinelander unexpectedly passed away at the age of 80 years on March 2, 2014. A former senior government official, lawyer and arms control expert, he was always intensely interested in the issues of the day, particular, international security questions. John and I were friends from freshman year in college when he roomed at Yale University with one of my closest friends from my hometown of Louisville, Kentucky. I was at Princeton and would come to Yale on visits. John and I roomed together in Washington, DC when John, after a highly distinguished career at the University of Virginia Law School where he was Editor-in-Chief of the Law Review, was clerking for Supreme Court Justice John Marshall Harlan and I was law clerk to Chief Judge Wilbun K. Miler of the DC Circuit Court of Appeals.

Afterwards we remained in close touch as friends and colleagues. Among other positions held in the government, John was the Legal Advisor to the US Delegation to the first strategic arms negotiations with the Soviet Union, known as SALT (Strategic Arms Limitation Talks) I. John loved this job, wrote a classified article by article analysis of the Agreements which elucidated the issues like nothing else could and remained the expert on this first phase of strategic arms limitation for many years afterwards. Subsequently, he held top level positions at the Departments of Health, Education, and Welfare (HEW) and Housing and Urban Development.

John once told me a story about his days as General Counsel at HEW that I have always treasured. As I recollect it was after Congress had passed Title IX mandating gender equality in inter collegiate sports programs but with little guidance as to how this was to be accomplished. John’s office was tasked with the job of writing the regulations. After making public the draft regulations, his office received over 10,000 comments from around the country. A few days later John was sitting in his office when his secretary notified him that the White House had called and the President wanted to see him in the Cabinet Room immediately. So John left his office, hailed a taxi and went over to the White House where he was expected.  Upon arrival at the outer office in the West Wing the receptionist said something like “Oh yes Mr. Rhinelauder we have been waiting for you!  Follow me.” She led him to the Cabinet Room and when she opened the door he saw President Ford sitting at the table across from the door flanked by the head football coaches of Notre Dame, Michigan and Michigan State. The President looked up upon seeing John said -“All right John, what sort of trouble have you got me in now?”

After his government service John joined the law firm of Shaw Pittman (now Pillsbury), where he remained until his retirement many years later. But during all those years John remained highly active on public issues, particular those relating to international arms control and disarmament, as a lecturer and professor at the University of Virginia Law School and Georgetown University, and as a prominent advocate with the Arms Control Association and the Lawyers Alliance for World Security. John remained deeply interested in these questions to the end. On March 1, 2014 my wife, Christine, and I were taking a long weekend in Florida and I was playing golf that afternoon alone. I had just completed the first hole, having played it respectably – a rare experience.  As I was sitting on the golf cart savoring this, just off the green, my cell phone rang, it was John. He was vacationing with his family in another part of Florida and he wanted to talk about Ukraine. We discussed the subject with some passion for about 20 minutes – in full agreement – and then promised to resume on Monday. Sadly that did not happen.

All of us have lost a great gentleman, a wonderful man who during his life contributed so much to this world. He will be greatly missed.  And as the obituary in the Boston Globe on March 30 indicated, given all of his many accomplishments, he most treasured his role as devoted husband to Jeanne his wife of 51 years, father to his children John, Margaret, Katherine and Thomas and grandfather to nine grandchildren.