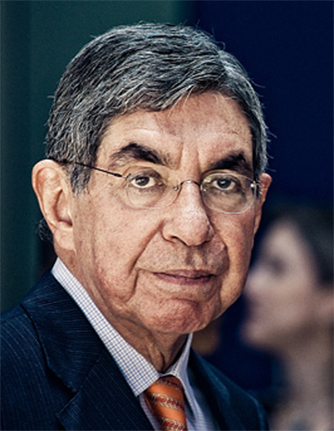 Dr. Oscar Arias Sanchez, President of Costa Rica, was awarded the Nobel Peace Prize in 1997 for his efforts to establish a peace treaty with Nicaragua, Guatemala, Honduras, and El Salvador, four neighbors torn by civil war. The product of a country that abolished its army in 1948, Dr. Arias has persistently worked for peace in the region, convinced that negotiation, not war, is the best means for achieving it.